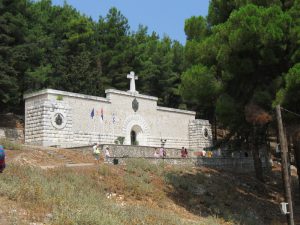 Just beyond shouting distance of Corfu Town is the wooded tiny island of Vidos. Ferries plough pass by all day, all year, and from the boats you can see nothing of the tee-pee scout camps that lurk in the shade, elderly mattresses plonked haphardly onto camp beds; or the crumbling old Governor’s residence , stuffed full of scout paraphanalia.

In summer months the island is also home to Corfu Town’s senior citizens who adjourn here for the cooler temperatures.  All in all the island has a slightly down at heel municipal air.

The island, needless to say, has a lot of history: one its chapters involved thousands of Serbians who died there when it served as a quarantine camp for refugees suffering from typhoid in World War One. So these days most tourists are Serbs making the pilgrimage to the mausoleum.

Have I put you off a visit? Good, for that is how the townsfolk want it: for themselves, with as few tourists as possible. There have been a one or two scares what with John Lennon nearly buying it, and a couple of years ago everyone was scared the Russians wanted to turn it into a casino, but so far it has been left to the enthusiasm of the island’s taverna owner, Menios, who doubles as its caretaker. And cooks for the elderly, who hang out in dormitories.There is no money for maintenance so it is he who repairs steps and builds beach umbrellas – for people and for pheasants.

There was an attempt to turn the into a bird sanctuary, so a whole load of pheasants, quails and rabbits were imported. Then the project was abandoned but the animals remain.

I loved it. I loved the lack of bling and tat, the happy families milling around, the random young men in pink scout scarves. I was about to say the lack of disco, but there’s live Greek music in the evenings and the taverna absolutely heaves with locals.

Menios’ taverna dishes up straightforward grub, nothing fancy. The grilled octopus was the most tender I’ve eaten in years; the crabs on the next door table looked delicious too – not something you see on a taverna menu very often –  and Menios catches the fish, cephalopods and crustacea himself.

The island is served by a ferry boat, but I’ll leave it to you to find where it leaves from in the old port. If you ask, the Greeks will shrug and say they don’t know.

PS. If you do make it over there, I think it’d be worth your while at least attempting to speak some Greek. The waiters are friendly and charming but since you’re visiting a local beach, not a tourist one, a few phrases wouldn’t go amiss. I have noticed this year a ground swell of nationalism with Greeks politely correcting my truly awful attempts at their language- it comes out as Italian mostly – but whereas in the past they’d just reply in English, now they want me to make more of an effort. 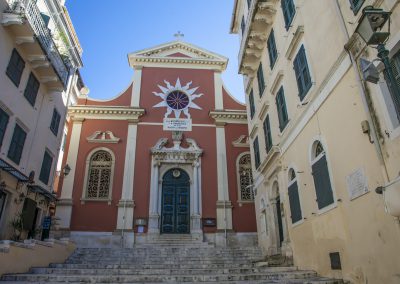 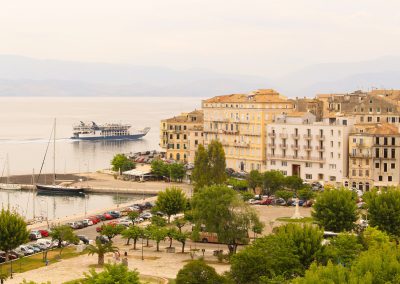 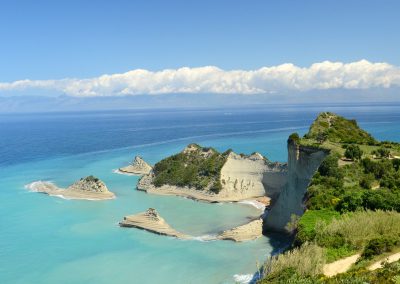 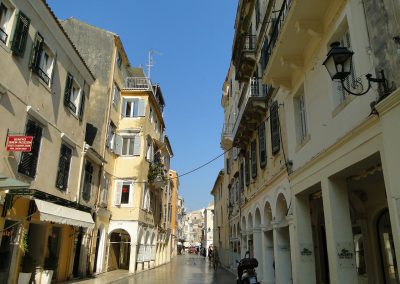 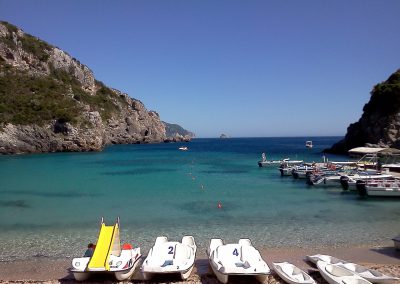 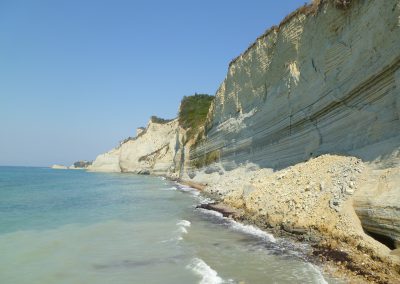 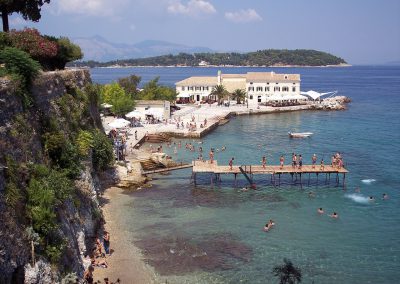 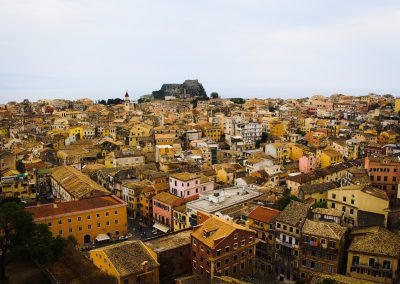 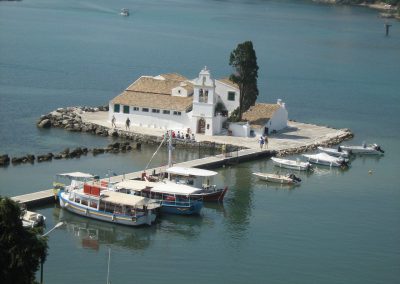