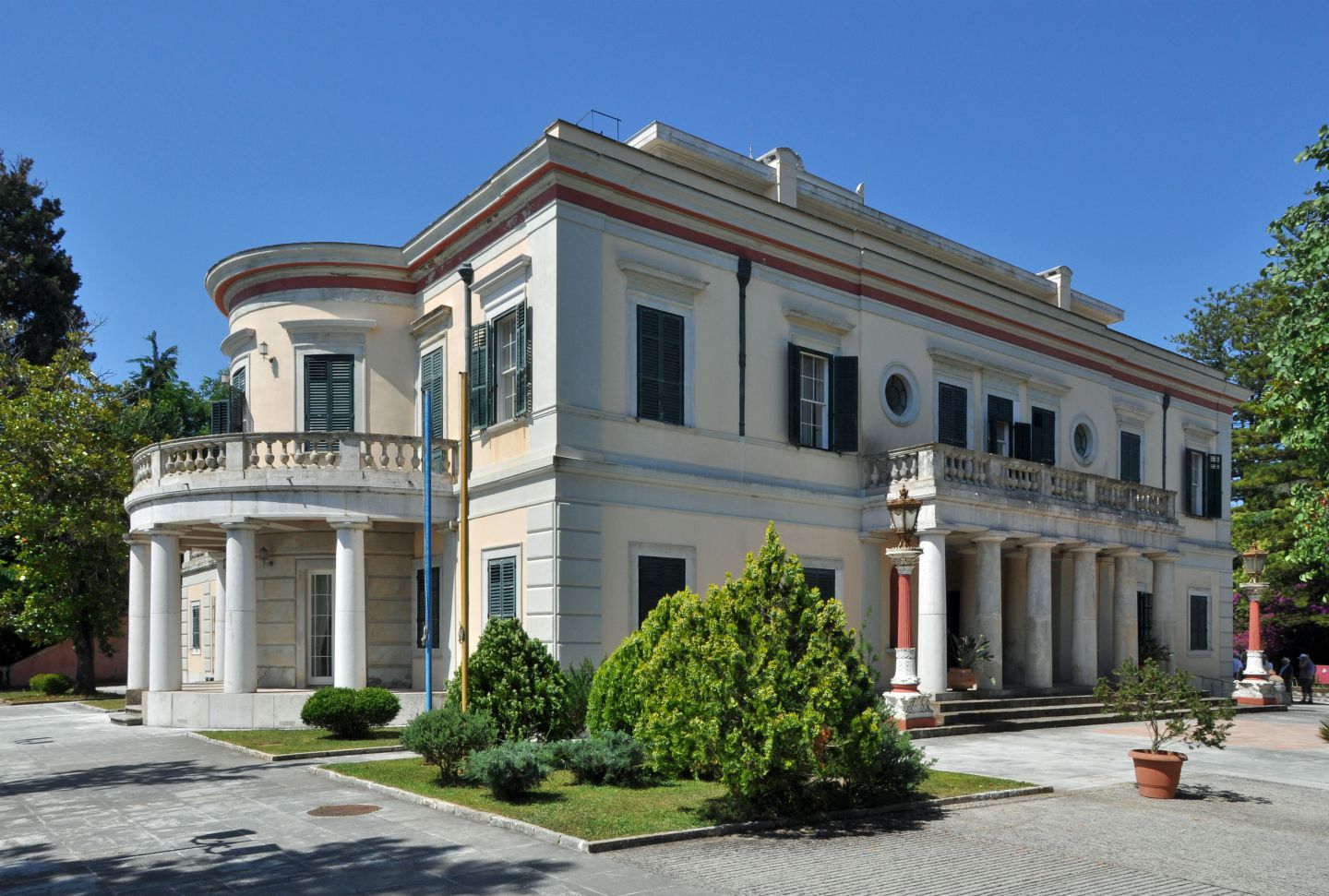 Corfu’s ancient city of Paleopolis occupies a prime spot on the Kanoni Peninsula amidst lush wooded grounds and a view of the sea.

Surrounded by ancient walls, the ruins of ancient Corcyra (Kerkyra, or Corfu) lie just four kilometers south of Corfu town and the site is open to visitors free of charge year-round.

A walk around the grounds reveals a number of sites for visitors, including the St. Eufemia monastery, an old open-air theater still used today, a congress center, a Byzantine church, and ancient Roman house, and the famed Mon Repos villa — the summer retreat of Greece’s former royal family that today hosts the Paleopolis Archaeological Museum — as well as the ruins of a temple dedicated to Hera, a Venetian fountain and what remains of the 5th century BC Doric temple built in honour of Apollo.

The Mon Repos, a major attraction for visitors to this day, is a neo-classical summer home built by Sir Frederick Adam, the second British High Commissioner, for his Corfiot wife in 1831. It remained a summer house for the Greek former royal family until 1967 before passing to the Municipality of Corfu, which carried out major restoration works inside and out.

Important archaeological sites from Paleopolis surround Mon Repos, and the mansion was converted into a museum to display its artefacts. The exhibits are well presented and informative, giving a fascinating picture of the house and the area, its history and ancient culture.