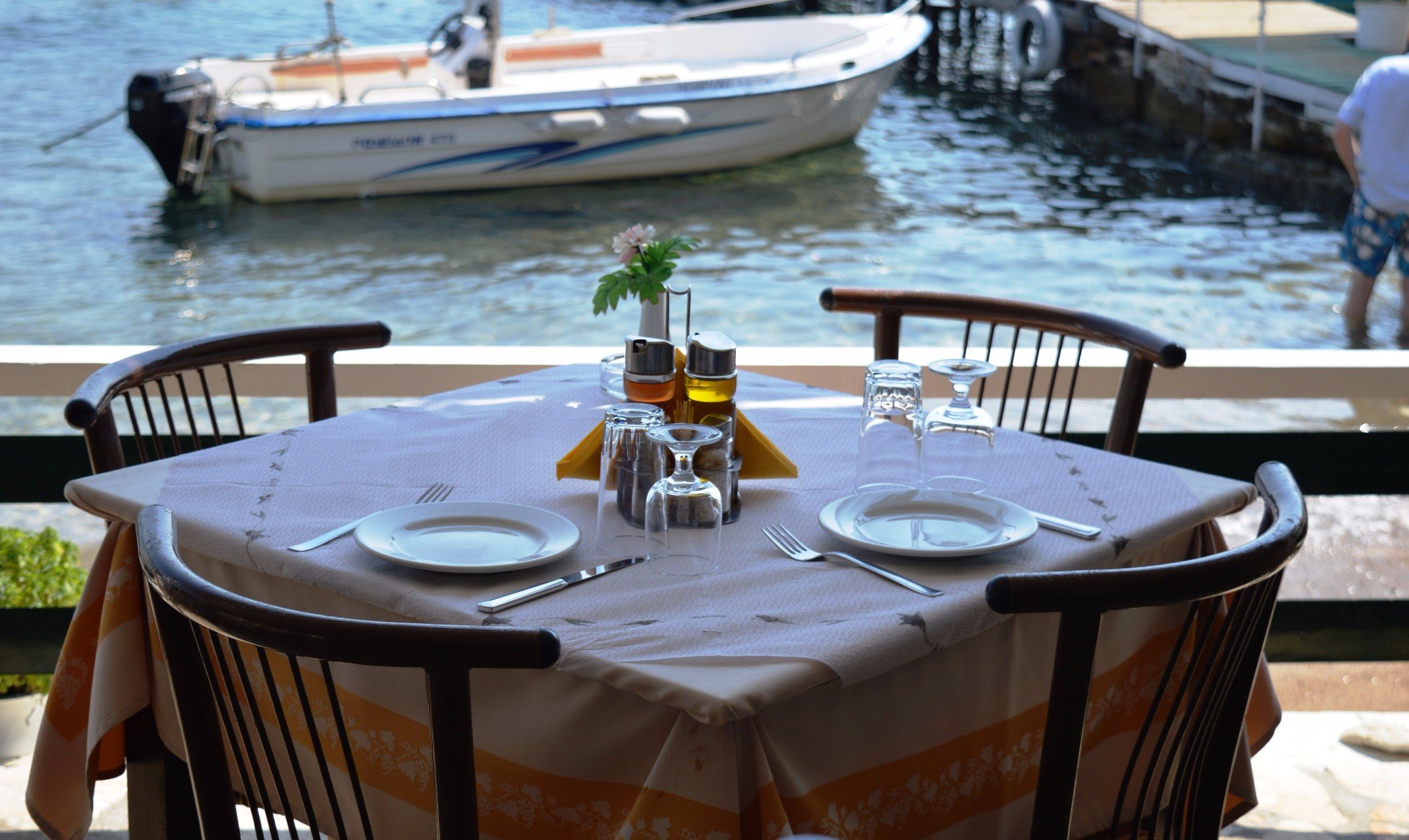 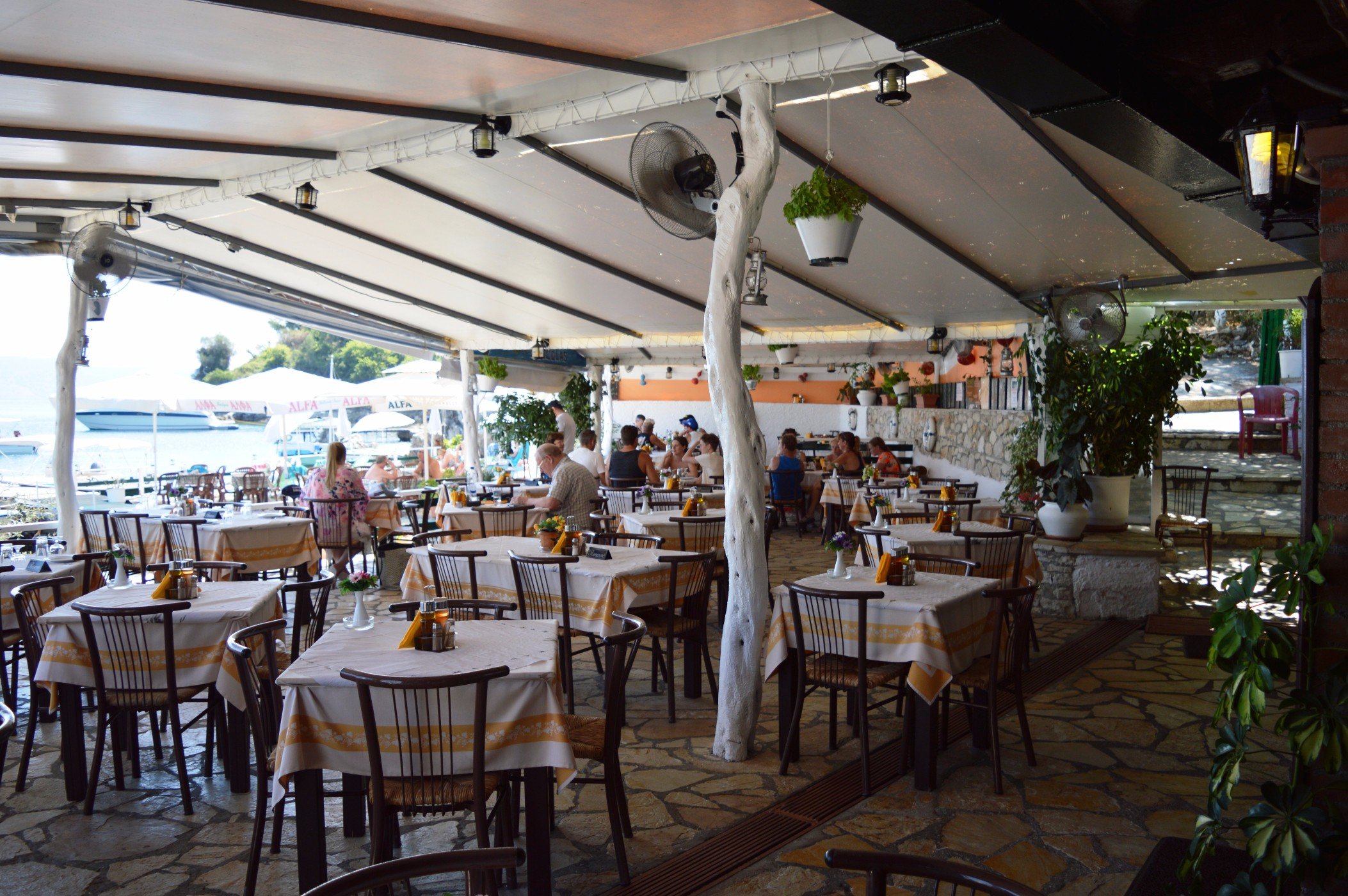 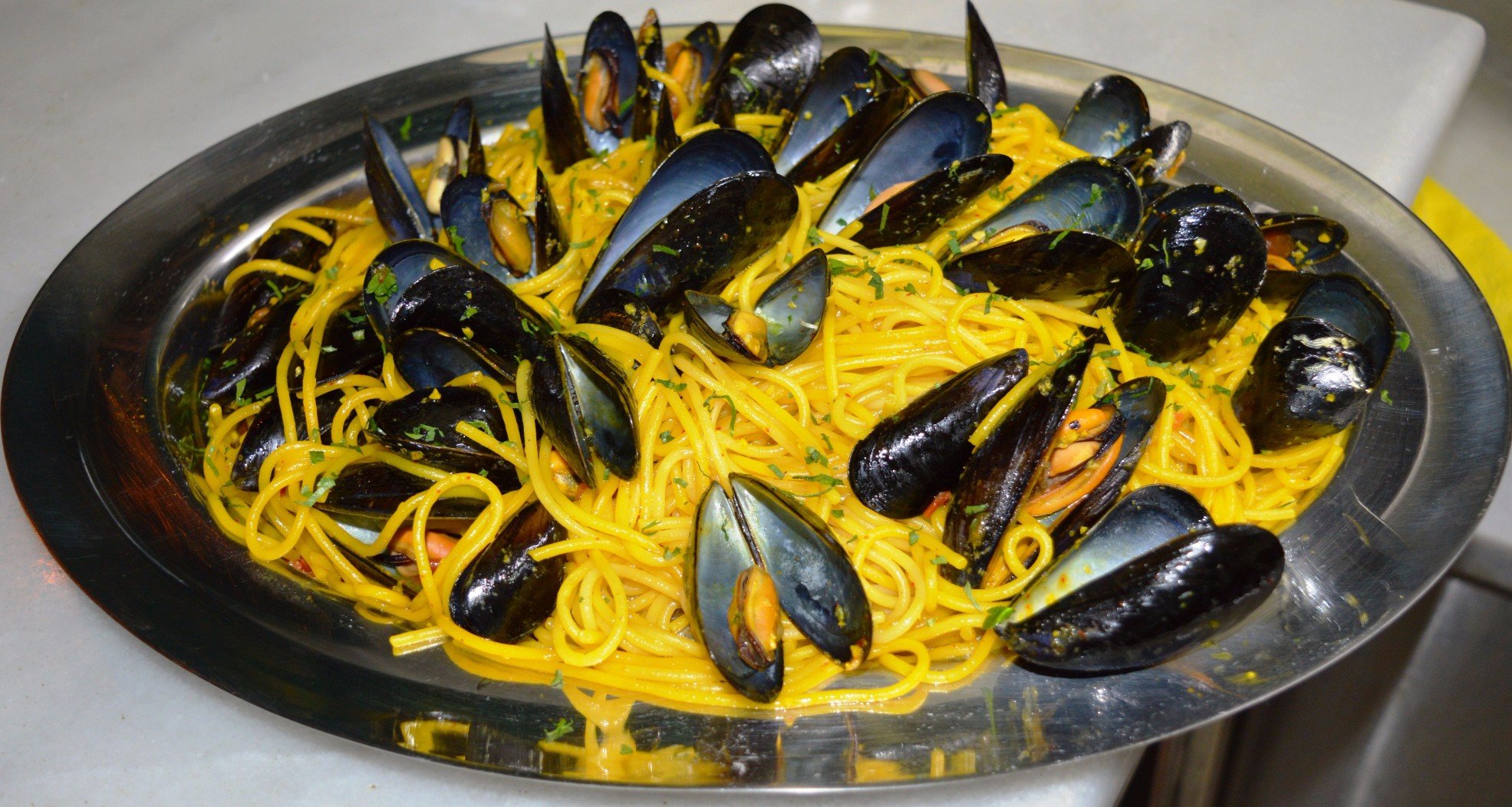 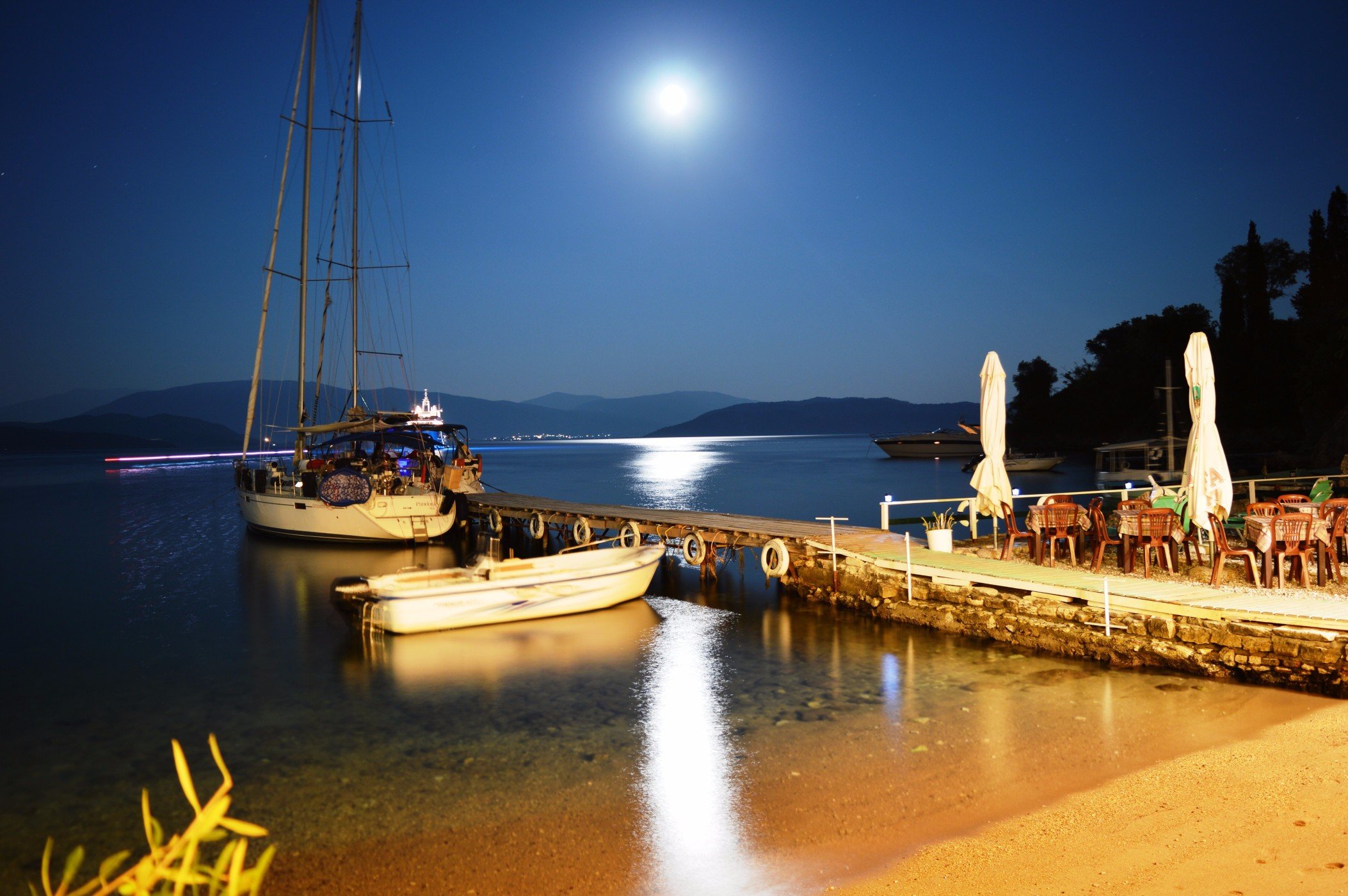 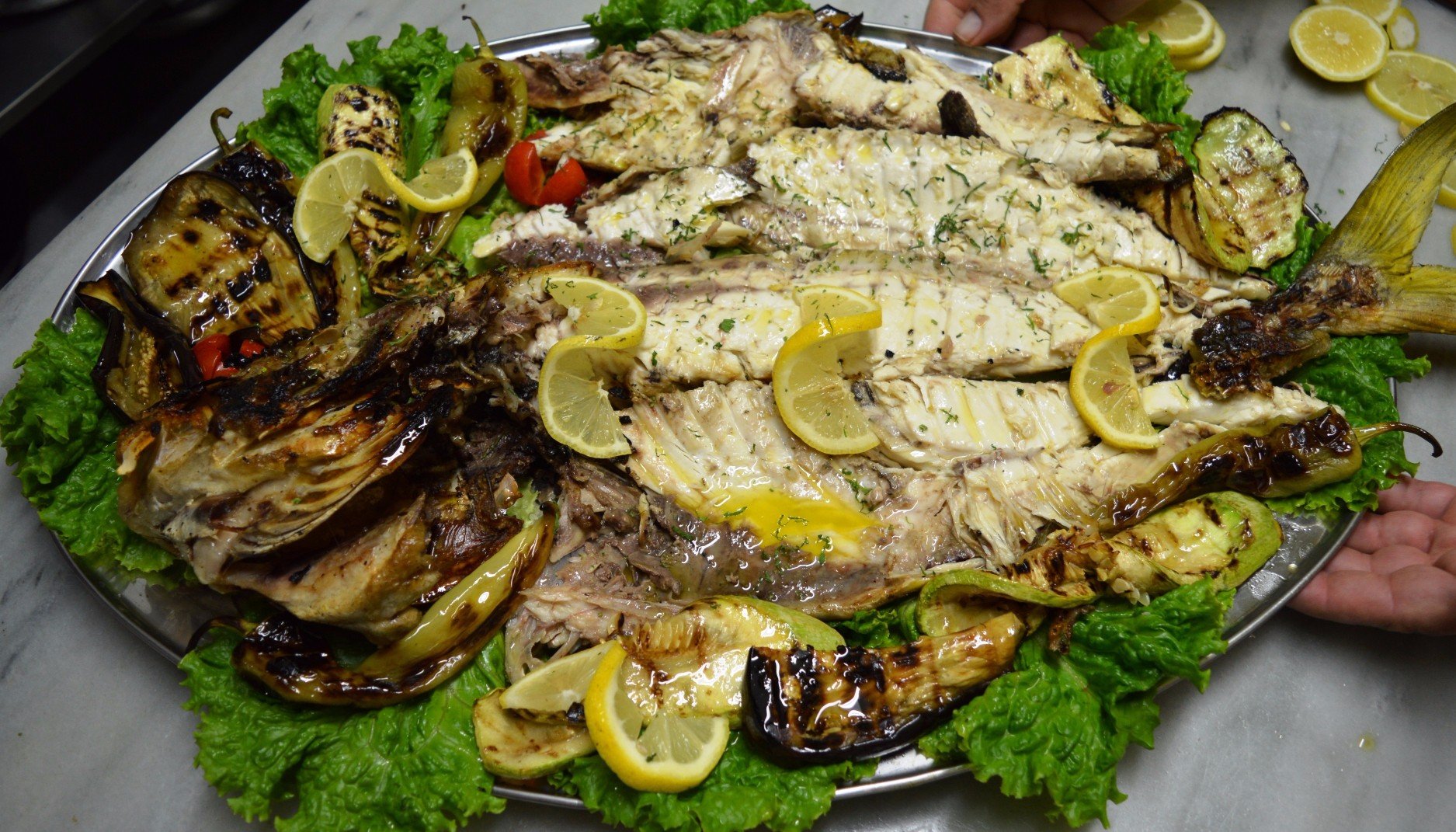 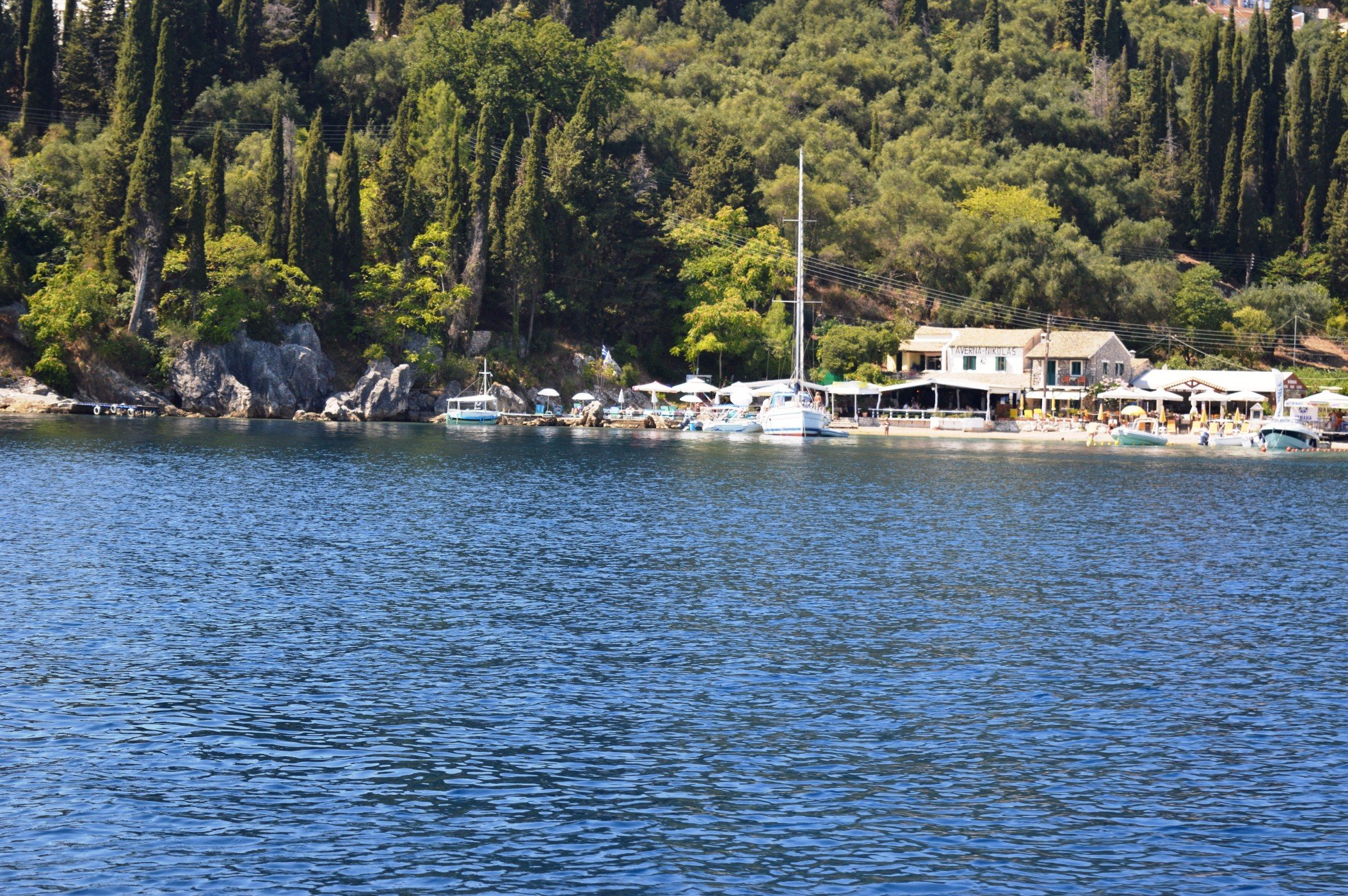 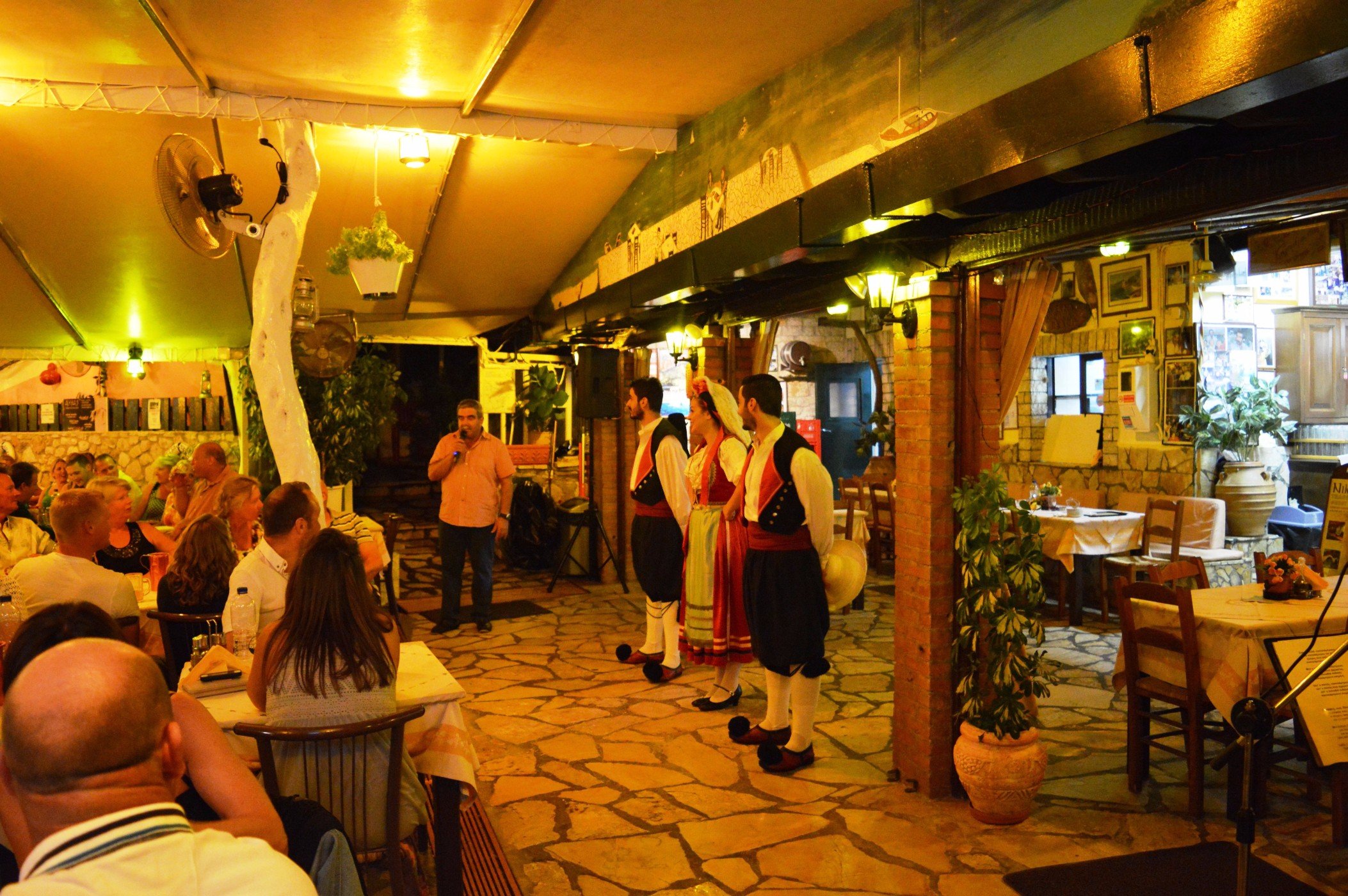 Agni Bay has become something of a favorite spot with the media. “Nikolas Taverna”, one of the tavernas on the bay has over the years often been mentioned in the British press and in 1998 was chosen by the BBC for the filming of the series “Fasten Your Seatbelt” starring Toyah Willcott and ITV also included it in a program about Greek tavernas.

Perikles Katsaros and his family welcome new and old friends to Nikolas Taverna, one of the best loved and most frequented tavernas in Corfu . We invite you to Nikolas Taverna, to soak up the beauty and enjoy our inimitable recipes of freshly cooked Corfiot cuisine, our hospitality and the congenial atmosphere we have created for you in one of the islands most picturesque bays.

«STILL: If you cant “satiate your appetite” for the idyllic area and the hospitality of Nikolas Taverna, then join us and spend some unforgettable moments in the apartments close by the sea, owned by our family»
Perikles Katsaros

The building which now is the present taverna, has been in the possession of Perikles and his family for more than a century. The building was build in 1892 by the grandfather of Perikles. The top floor was the house that the family lived in and downstairs was the “kafeneion” with the dread oven and the olive press.

The kafeneion thrived throughout difficult economic times and through the two world wars. Perikles grandfather used to tell him that in comparison with other places during the Second World War, life in Agni was much easier, despite the fact that German and Italian forces had two army stations in the area. The one in Agni can still be seen on the headland, next to the taverna in the bay. Times though were hard due to the lack of food because of the occupation. The villagers used to secretly slip over to Albania with boats once a week in order to trade their local products with some basic food like rice.

Perikles remembers that life in 1960 before tourism in Corfu was harsh, with a few opportunities of work, families would help each other. The day started very early for Perikles family.

Perikles mother used to pick olives with her hands and also picked olives for other families in order to increase her familys income. Perikles was leaving for school at 7.00 am walking through the mountains of Agni in order to reach the school of the village. When school was finishing Perikles was returning back home in order to collect olives with his grandfather. All the villagers used to gather their olives to the communal olive press to make olive oil. During those days transport was limited with only two choices, either by sea, if weather permitted, or by land with buses running twice a week with destinations Corfu or Kassiopi. Due to very old vehicles and bad conditioned roads, the timetables were inaccurate and the buses always over - crowded.

The idea of the Taverna
At the end of 1973, tourism was at the increase in Corfu. Perikles then asked his father to take over the running of the “kafeneion”, so he could transform it into a taverna.In those early days of tourism, this was a major undertaking. Perikles managed to gather all the building materials in their small boat by sea, since the road did not exist then, and they started restoring and re-building. On the 1st of May 1974 they re-opened in the now present traditional taverna.

The first few years of the taverna
Perikles always remembers the first tourists that walked down the path to the taverna. The tourists remembered Perikles since he used to work at Nissaki Hotel, where they used to spend their holidays.Since then their friendship lasts up to now, since they every year visit the taverna to see Perikles. After the first year, with Perikles gaining more experience, he decided to increase the five tables up to ten.

Perikles mother and aunt did all the cooking and his father at day time used to fetch people from Nissaki Hotel to the taverna in his small boat. The fishermen of the area then saw the opportunity and started also to offer the same service with their boats. Perikles informed the tourists about the boat service by hanging a small notice in the Hotel. Slowly the news started spreading around and the boat service was a major success.

Perikles and his family have a special “Greek Night” for their guests every Thursday.On these evenings they aim to re-create the spirit and atmosphere of the traditional village Festival (panigiri).
In the old days nearly every village and hamlet held a “panigiri” on its Saints day and other special occasions.

At Taverna “Nikolas” lambs are roasted with lemon and herbs. Porks and chicken are made in the special sauce with local herbs, and served with roast potatoes and oregano.The “meze” that we serve that night includes a delicious taste of different starters, the Greek Village Salad, local wine and home made cakes. Live Greek music, Greek dancing and happenings make the night an unforgettable experience.