Travel with us and see Meteora, which is included on the UNESCO World Heritage List and it has been characterized as preservable “Humanity Monument”.

The rocks were formed 25-30 million years ago and in their cavities, cracks and tops people of the area found protection from invasions and they were inhabited at the end of the first millennium by hermits, anchorites and later monks who built on the grand rocks 24 monasteries.

Today they continue without interruption the tradition of orthodoxy; for more than 600 years 6 monasteries.

Meteora is the second important monastery complex in Greece after Mount Athos where thousands of pilgrims and visitors from all over the world come to see this magic beauty.

Our trip will start in the morning in a luxurious bus and then we will be aboard in a ship for about an hour until our arrival at Igoumenitsa.

Travelling from Igoumenitsa to Kalambaka you will see places and landscapes of Greek mainland as well as wild beauty of Pindus mountain range.

Arriving at Kalampaka, a city built on the foothills of Meteora and just before visiting monasteries we will stop by a hagiography laboratory where you will see an exhibition of handmade images of Saints of Christian faith.

Continuing our trip and ascending Meteora we will visit Roussanou Monastery, a female monastery that you will have time to be guided in the museum as well as in the monastery by an experienced tour guide.

On the way for the next monastery we will stop to take some pictures of the other monasteries and the landscape.

Our destination is Varlaam male monastery where you will be guided in its interior.

Wild beauty is in balance with serenity of the air! Our terminal station is the small city of Kalambaka.

With our soul enchanted and calm we will return feeling that aura of Meteora has touched our expectations!

Click the “Chat with Us” button for more details and schedule

Private tours are subject to changes according to clients needs.
For any additional hour supplement 60 Euro per vehicle and 50 Euro in total for guide

Note:
Licensed guide in the monasteries. During the trip there is escort. 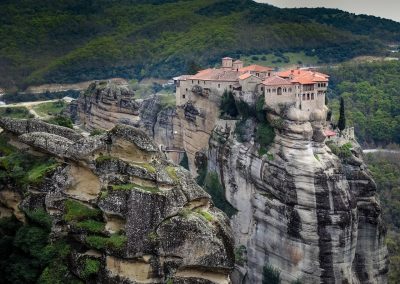 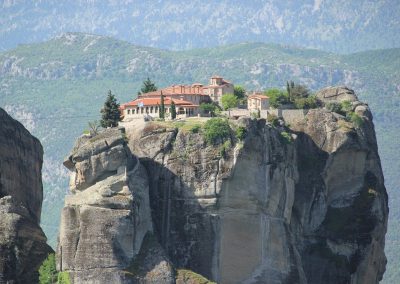 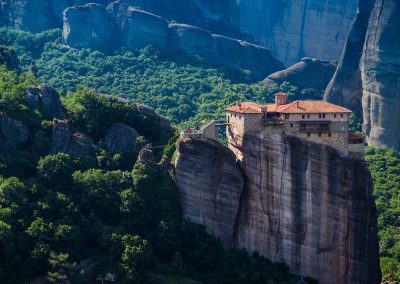 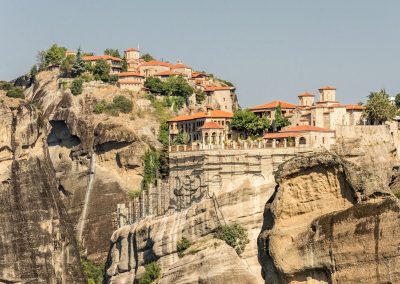