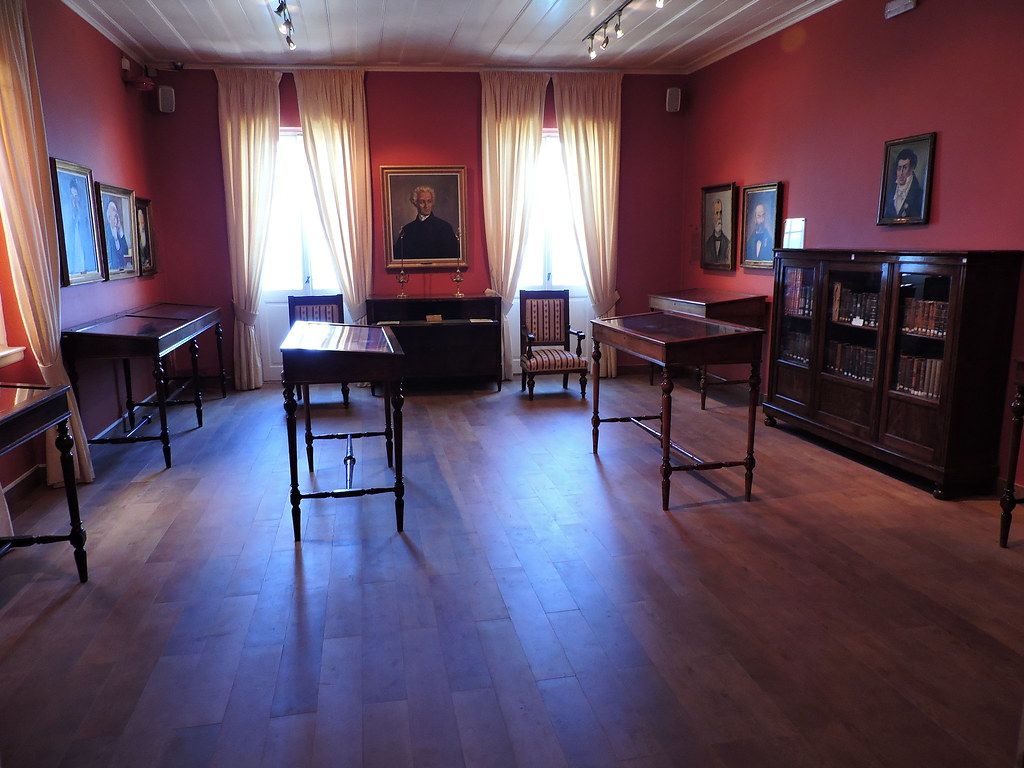 The National poet of Greece, Dionysios Solomos, lived for the greater part of his life and to the day of his death (1798-1857) on the island of Corfu, where he also wrote the major and the most important part of his work, including the “Free Besieged”.

The house were he lived, wrote and died was destroyed by the World War II bombings, but was later restored and still stands today.

In this house, the Society for Corfiot Studies founded and operates the Solomos museum and Centre for Studies on Solomos.

Among the most important exhibits of the museum are the poet’s writing desk and an autograph manuscript with a passage of the “The Free Besieged”.

There is also on display a collection of photographs related to the places, the people and the events of Solomos’ life, work and period.

The museum library owns an extensive bibliographical collection, which is constantly enriched and includes all the old editions of “Hymn to Freedom”, as well as a series of portraits of the poet and members of the so-called Solomos School. 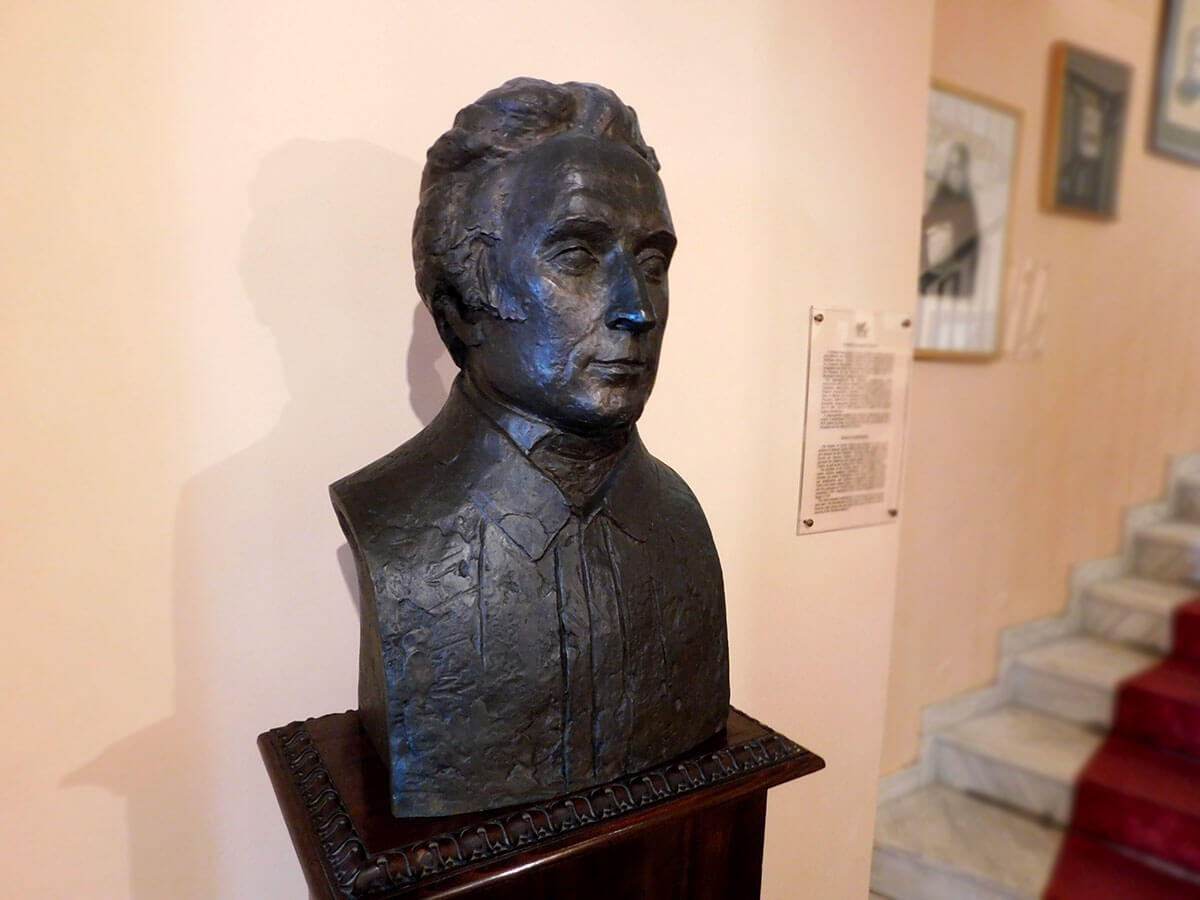 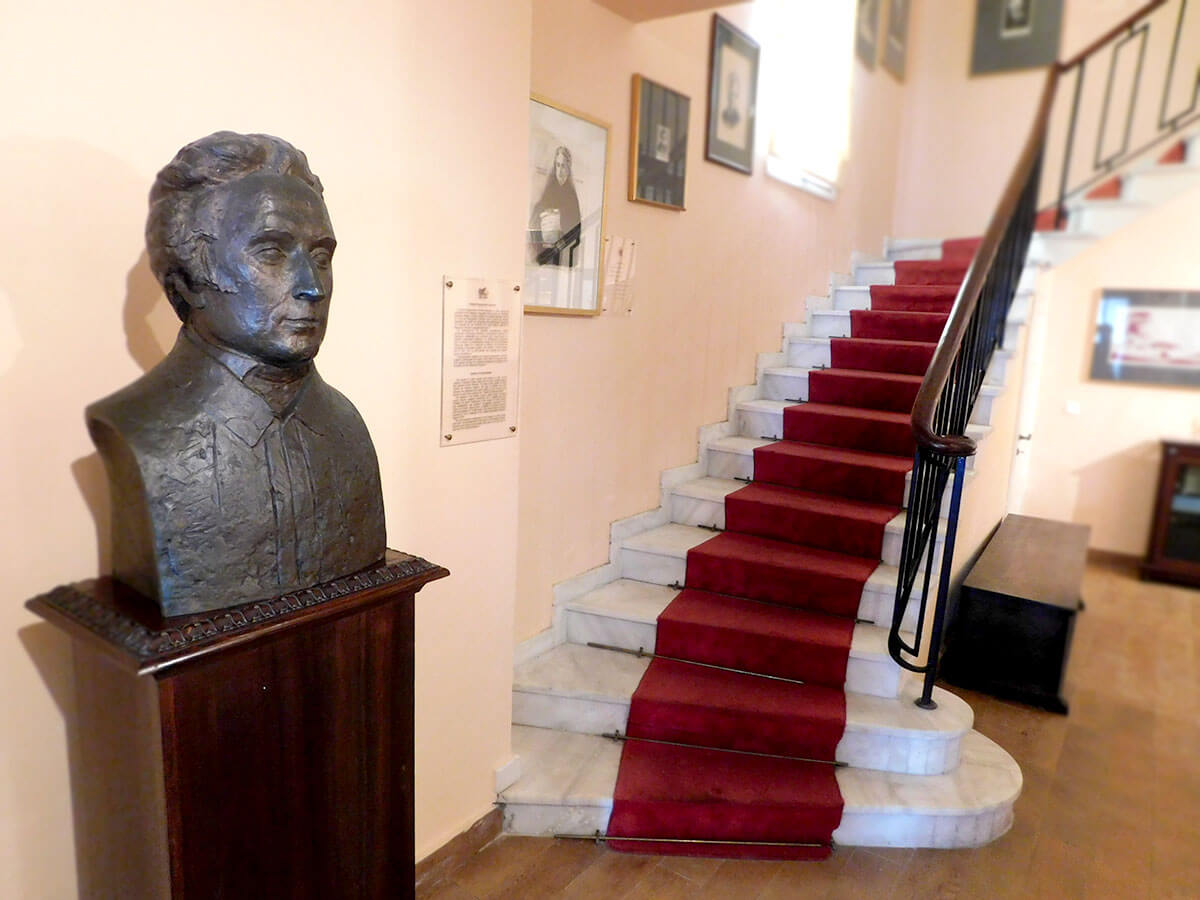 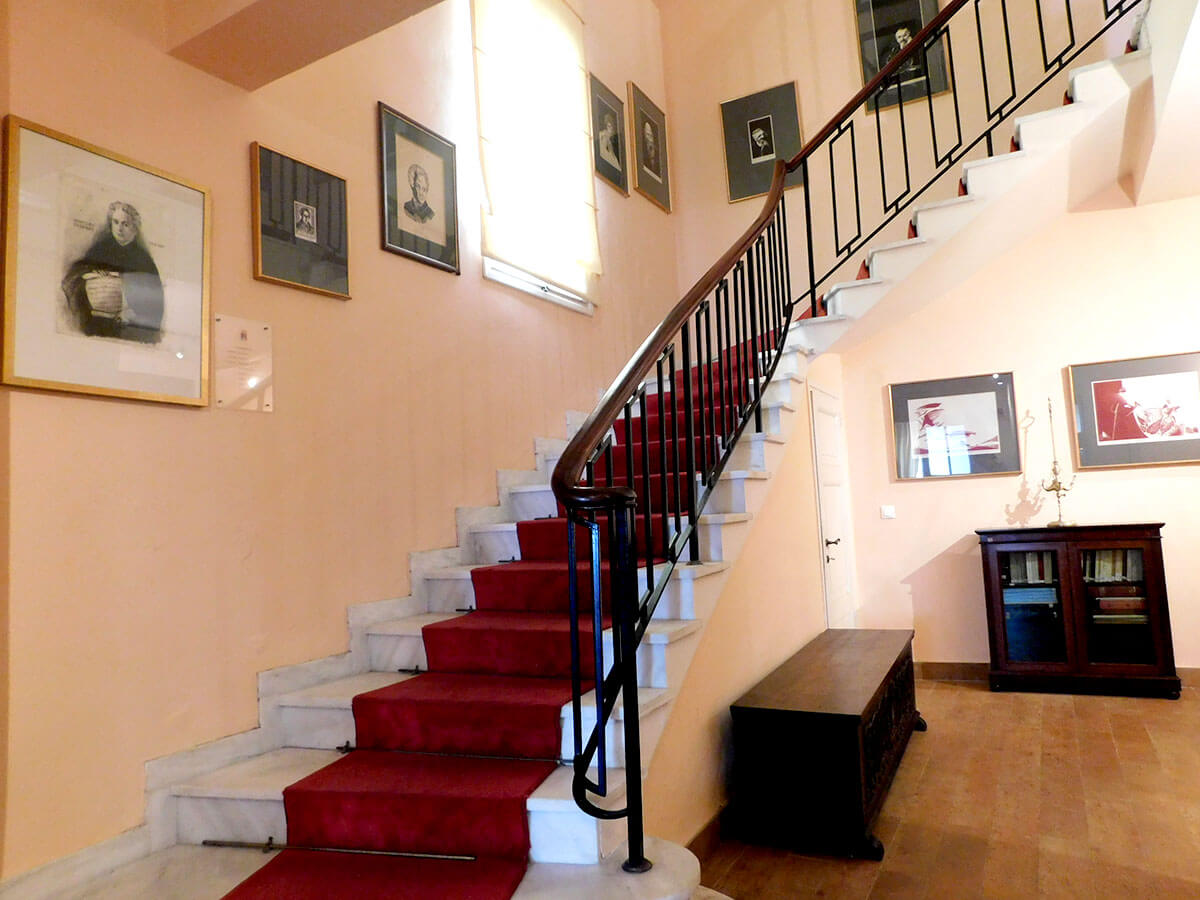 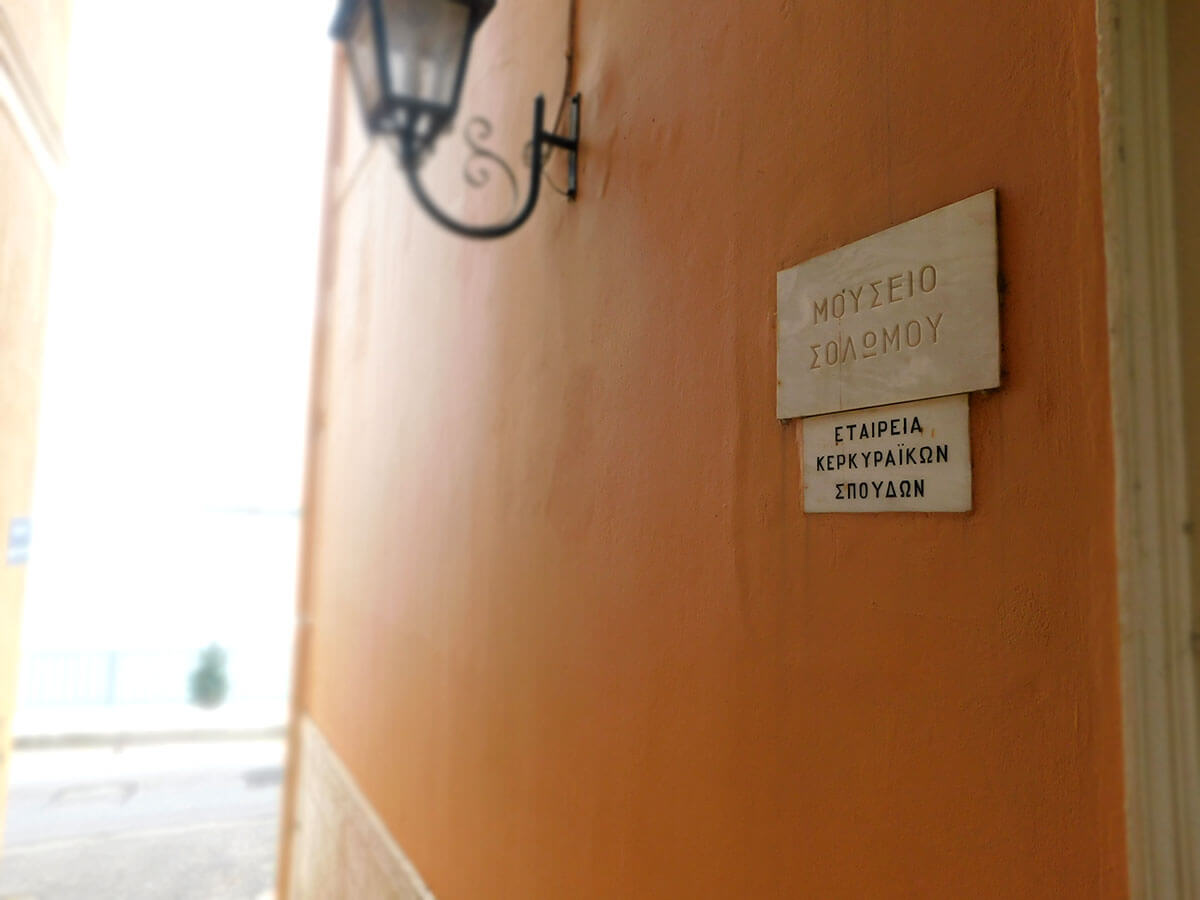 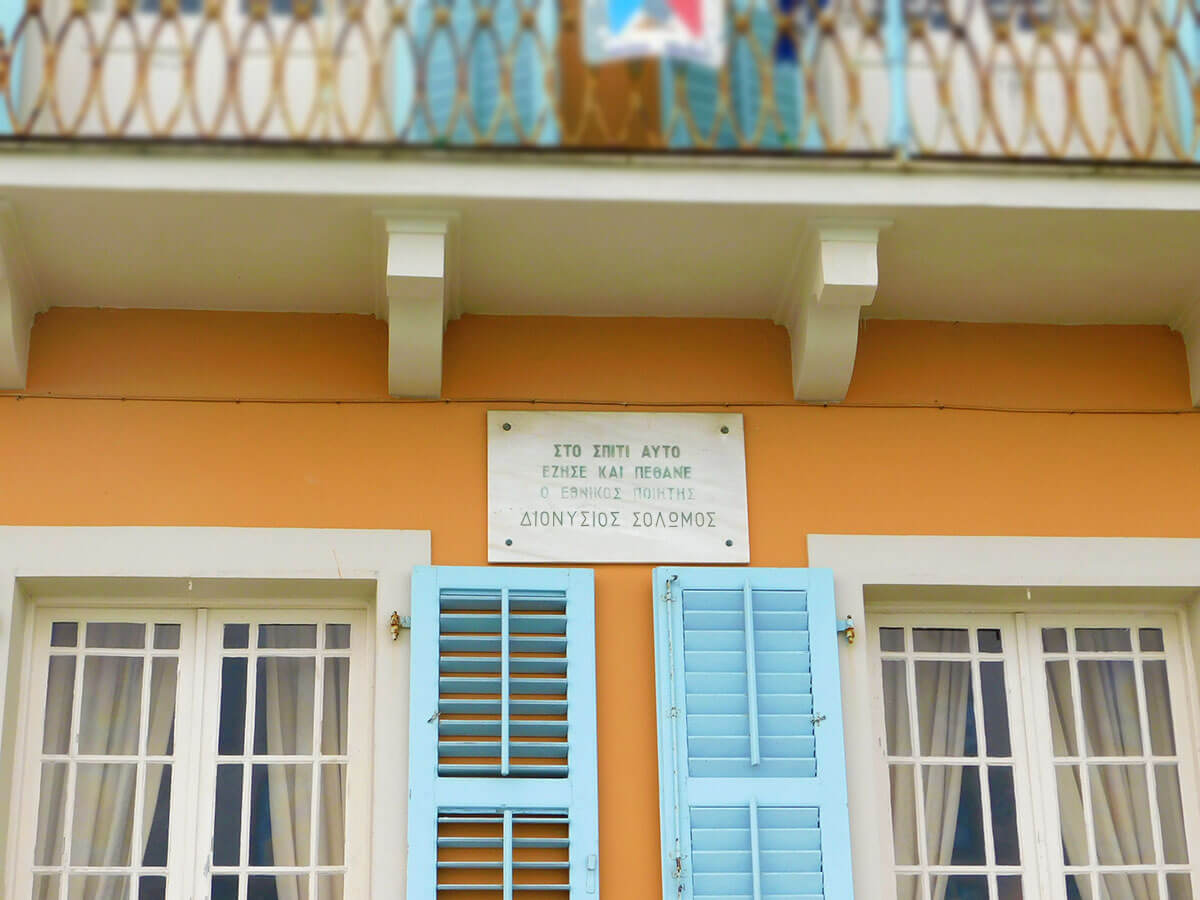 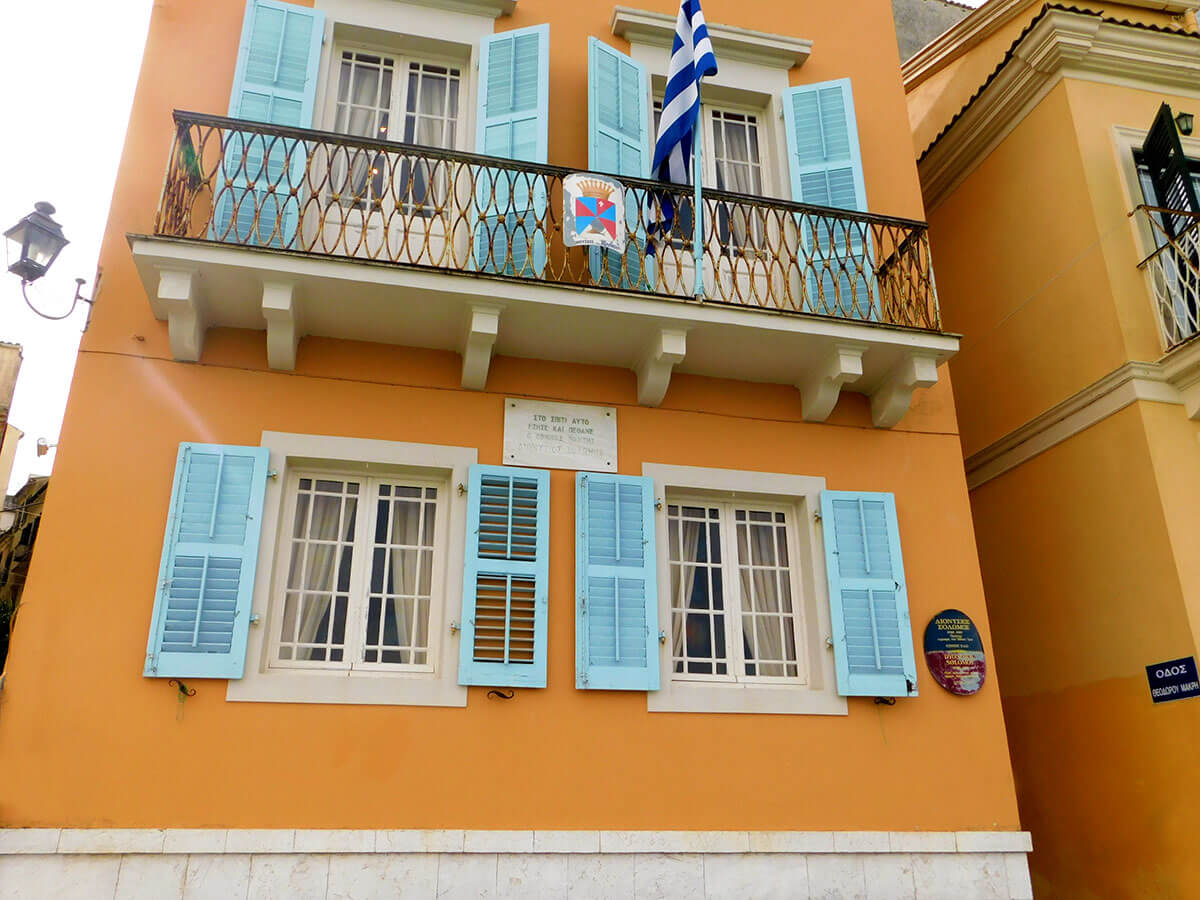