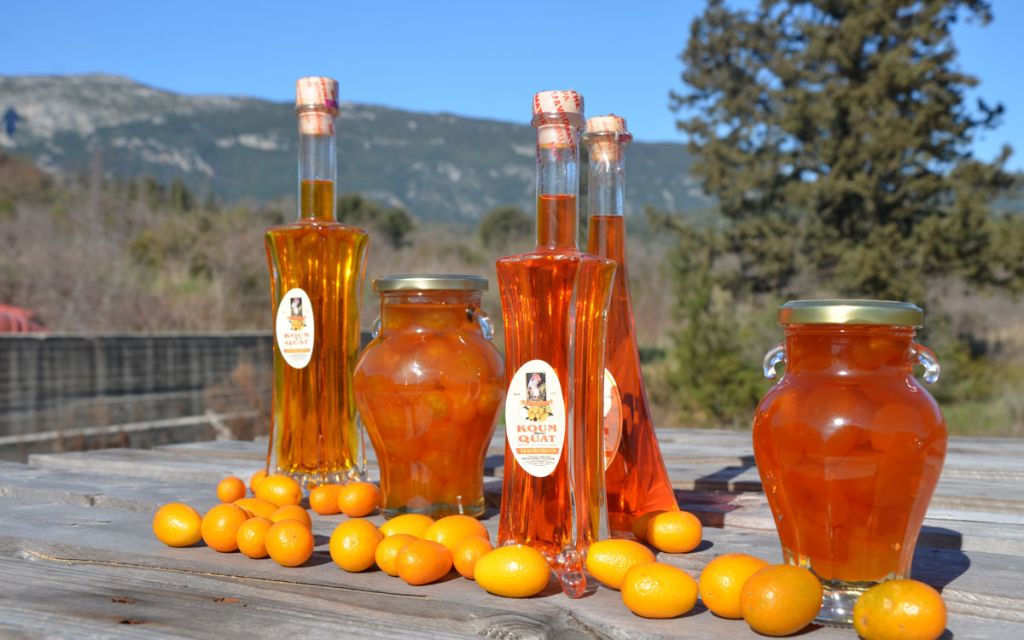 Kumquats (or cumquats in Australian English, Citrus japonica) are a group of small fruit-bearing trees in the flowering plant family Rutaceae. They were previously classified as forming the now-historical genus Fortunella, or placed within Citrus sensu lato.

The edible fruit closely resembles the orange (Citrus sinensis) in color and shape but is much smaller, being approximately the size of a large olive. Kumquat is a fairly cold-hardy citrus.

The kumquat plant is native to China. The earliest historical reference to kumquats appears in Imperial literature from the 12th century. They have long been cultivated in India, Japan, Taiwan, the Philippines, and Southeast Asia. They were introduced to Europe in 1846 by Robert Fortune, collector for the London Horticultural Society, and shortly thereafter were taken to North America.

Illustration by Walter Hood Fitch
They are slow-growing evergreen shrubs or short trees that stand 2.5 to 4.5 meters (8 to 15 ft) tall, with dense branches, sometimes bearing small thorns. The leaves are dark glossy green, and the flowers are white, similar to other citrus flowers, and can be borne singly or clustered within the leaves’ axils. Depending on size, the kumquat tree can produce hundreds or even thousands of fruits each year.

Citrus taxonomy is complicated and controversial. Different systems place different types of kumquat in different species, or unite them into as few as two species. Historically they were viewed as falling within the genus Citrus, but the Swingle system of citrus taxonomy elevated them to their own genus, Fortunella. Recent phylogenetic analysis suggests they do indeed fall within Citrus. Swingle divided the kumquats into two subgenera, the Protocitrus, containing the primitive Hong Kong kumquat, and Eufortunella, comprising the round, oval kumquat, Meiwa kumquats, to which Tanaka added two others, the Malayan kumquat and the Jiangsu kumquat. Chromosomal analysis suggested that Swingle’s Eufortunella represent a single ‘true’ species, while Tanaka’s additional species were revealed to be likely hybrids of Fortunella with other Citrus, so-called Citrofortunella. Recent genomic analysis concluded there was only one true species of kumquat, but the analysis did not include the Hong Kong variety seen as a distinct species in all earlier analyses.