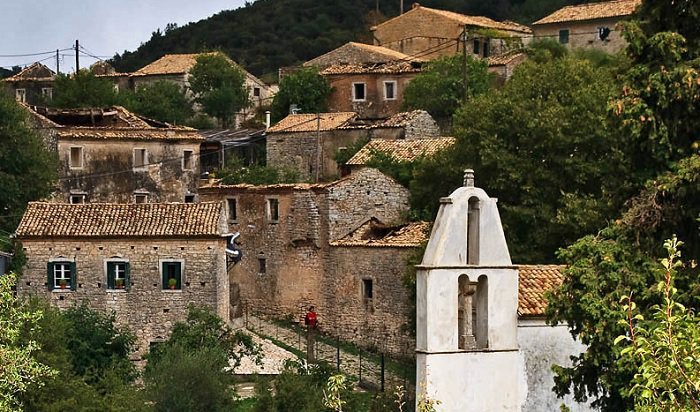 The village of Old Perithia; built on the slopes of Mount Pantokrator in northern Corfu, is a world away from the trendy, tourist hotspots of this cosmopolitan Greek island.

Only 8 km from the area of Kassiopi, it combines natural beauty with the architectural richness of times gone by.

The British daily Independent recently described the village and the surrounding area as the ultimate destination for an authentic Greek getaway.

The village with impressive vistas over the Ionian Islands and neighbouring Albania, has been abandoned.

There are about 130 houses; among them impressive mansions, mostly built of stone with a touch of Venetian architecture.

The churches in the village are built in a circular arrangement around the settlement and show the profound faith of the inhabitants.

The school of the village; with the coat of arms of local Lord Skordilis at its entrance, was abandoned in 1940.

Local site Corfu Land says that the location of the village was dictated by the fear of raids and malaria that hit the coast.

It adds that before the Second World War, its inhabitants began to leave because of an epidemic, and it eventually reached the present state of utter abandonment.

Today there are only two inhabitants living among the remnants of the mansions that resist the passage of time.

Mark Hendriksen, British owner of The Merchant’s House guesthouse and his Dutch wife, Saskia explain to The Independent, “We read about this abandoned ghost village in the mountains in the villa we were staying at, came up here and fell in love with the place.”

Along with the Archaeological Society, the couple have managed to restore the old Merchant’s House to its former Venetian glory, sourcing bespoke furniture from Crete to give it an authentic 17th century feel.

Not only this, but they’re helping others restore their own properties to wake them from a 60-year slumber. 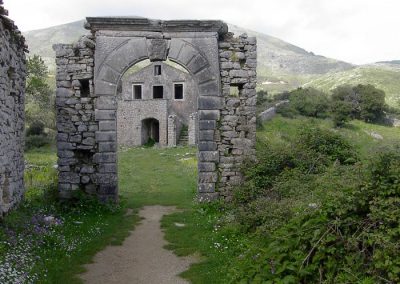 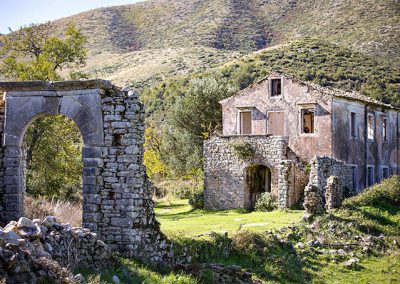 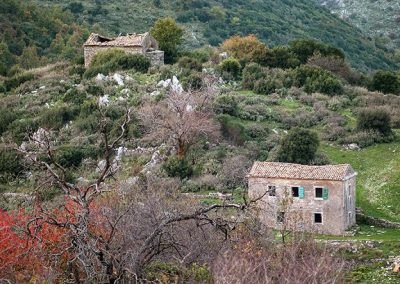 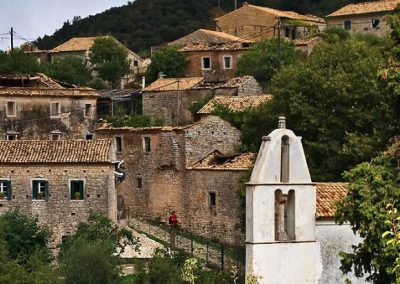 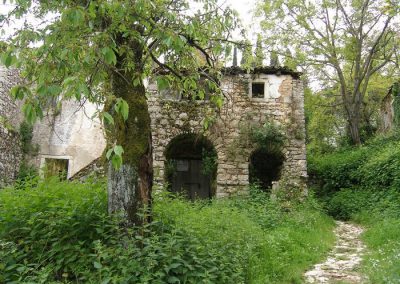 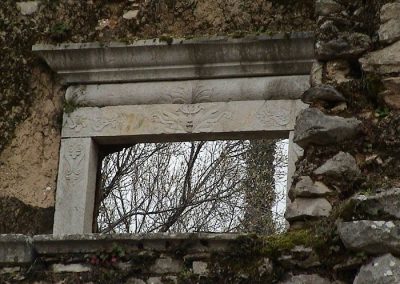